Mention New Zealand, and typically most people will conjure up images of the country’s rolling green hills or immediately link it to The Lord of the Rings’ Middle Earth. However, in recent years, New Zealand has become an increasingly popular destination for students from around the world, including Malaysia, who are looking for world-class education.

More specifically, the results show that the eight New Zealand universities rank among the top 50 universities globally in 21 subjects, with 68 subjects ranked in the top 100. Notably, the only dentistry school in New Zealand at the University of Otago is featured as the 12th best in the world while Massey University’s Veterinary Science programme is ranked 25th internationally.

The 2016 QS Higher Education System Strength ranking has also placed New Zealand 16th in the world. The ranking was based on four factors – system strength, the ease of access to a university place in the country, flagship institution performance within the global rankings, and economic context or the impact of national investment in higher education.

The universities in New Zealand are also known for their top-class alumni. This includes Dr Mazlan Othman, Malaysia’s first astrophysicist, who is a PhD alumnus from the University of Otago. A recipient of the Colombo Scholarship, Dr Mazlan was the first woman to earn a PhD at the University of Otago after which she returned to Malaysia, serving in several roles within her country, as well as Director of the United Nations Office for Outer Space Affairs in Vienna from 2010 to 2014.

New Zealand prides itself on the ‘work-ready’ graduates its universities produce. The education system is a ‘living curriculum’ which encourages students to think critically and teaches them how to apply their knowledge; not just recite it. 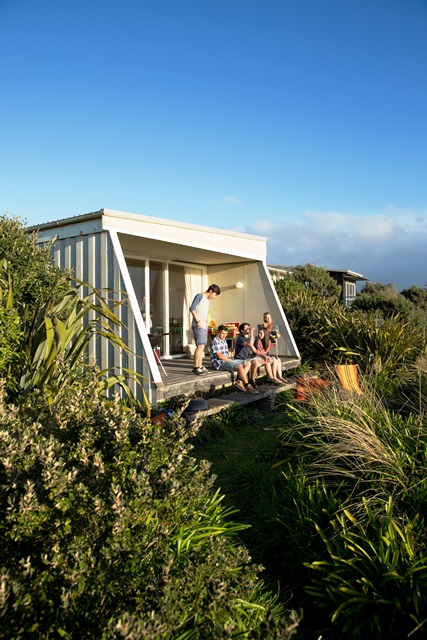 Speaking about his time in New Zealand, Malaysian Andrew Filmer shared, "It was wonderful to have supervisors who trusted you to go out and do things which they would not necessarily do themselves. It was not a dog eat dog environment. Education in New Zealand has a great sense of diversity and above all, there was an emphasis on collaborative work."

Andrew Filmer completed his PhD in Music at the University of Otago in 2013 is an accomplished musicologist and researcher as well as a published author, conductor and teacher.

Based on feedback from 44,426 employers, the 2016 QS subject rankings also revealed that employers are satisfied with the quality of graduates from New Zealand’s universities, rewarding the institutions with an average score of 80 per cent across the top 100 subjects.

The well-rounded internship programmes available at the universities represent one of the ways by which universities in New Zealand ensure that their graduates are "work-ready."

For example, the University of Waikato offers a number of internship opportunities in various fields such as Tourism and Hospitality Management and Law. It also has an in-house Internship Centre that prides itself on providing students with an opportunity to gain valuable organisational experience. The internship programme at the University distinguishes itself by providing students with internships that are relevant to their field, guided by an organisational mentor and supported by specialist academic supervisors in the School.

Meanwhile, the University of Otago Business School Internship Programme provides its students with an opportunity to put their theoretical knowledge to use. The internship allows students to attain valuable paid work experience (for between six to 12 months), while at the same time earning credit towards their degree.

While international students work hard throughout the academic year, most of them will also take the opportunity to explore the country’s magnificent landscape and coastlines. There is a long list of places and activities that international students can discover to further enrich their educational experience in New Zealand.

These include immersing themselves in the serenity of Mother Nature and enjoying the turquoise glacial lakes and soaring snow-capped mountains of the South Island as well as the subtropical rainforests and picturesque beaches of the North Island. Fans of the ocean can spend their time frolicking with wild dolphins at the Bay of Islands or Tauranga in the North Island, or at Kaikoura in the South Island, while those who want to experience the exhilarating side of nature need only to look to the mind-blowing glaciers like Franz Josef or the volcanic landscape at Tongariro Alpine Crossing for inspiration.

Home to the very first bungee jump, New Zealand is also an adrenalin junkie’s paradise. From sky diving, canyon swinging to bungee jumping and jet boat rides, there is a variety of adrenalin-pumping activities that international students can try out while in New Zealand. There is also the Waitomo Caves in Auckland where there is the option to go black water rafting in the glow-worms cave, and the iconic Rotorua adventure activity – zorbing.

All in all, New Zealand offers an internationally renowned education, interesting internship opportunities and a chance for students to visit and experience some of the most beautiful places on the planet all while being immersed in the wonderfully welcoming Kiwi culture.

In the words of Mr Senthil Balan, alumni of both the Christchurch’s’ Christ College and the University of Auckland, "New Zealand is unique in not only embracing but also developing its international students. It truly is your place on this planet. The education you receive in New Zealand teaches you how to be successful in the real world - it’s about people. If you are successful in engaging with people you have succeeded in life."