The Centre of Foundation Studies (CFS) in collaboration with Department of Student Affairs and Alumni (DSAA), and Langkawi District Youth Council (Majlis Belia Daerah Langkawi) successfully organised “Field Research Visit on The Impact of Globalisation in Langkawi Island” on 6 – 9 January 2017. The visit was led by Madam Farah Hida Sharin, Lecturer of Centre of Foundation Studies and assisted by Miss Aimi Nadiah Abd Ghapor, Executive of Department of Student Affairs and Alumni. Under the module of Globalisation and Society, this visit required students to carry-out their research by collecting primary data using methods such as face-to-face interviewing, public surveys, and direct observation. 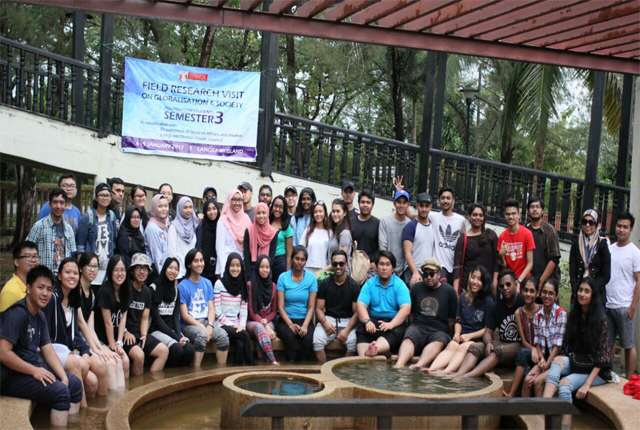 All 56 students of Foundation in Arts were divided into eight (8) groups and were assigned specific areas of topic on the impact of globalization towards political, economic, cultural, media and communication, national identity, youth and sports, environment and education. Our students were assisted by four (4) buddies from Langkawi District Youth Council which was selected by their chairman, Mr. Mohd Khairul Nizam Abdul Aziz.

Through this visit, students were encouraged to explore and analyse interdisciplinary understanding of the phenomenon of globalisation and its’ effect on organisations, countries and society as a whole. Some field research activities which were done are an interview with Member of Parliament of Langkawi, Dato’ Ir. Nawawi Ahmad; Mr. Sharudin Hassan, Manager, Community Development Unit, Langkawi Development Authority (LADA), Mdm Zainab Uzman, the Director of Langkawi Tourism Academy, and Mr. Abdul Razak Bin Yusuf, Primary Headmaster of Sekolah Kebangsaan Seri Negeri. Besides that, they also had an educational visit to Radio Television Malaysia (RTM) Langkawi, 1Malaysia Internet Centre of Langkawi and getting the experience in Langkawi. FM’s broadcasting station. 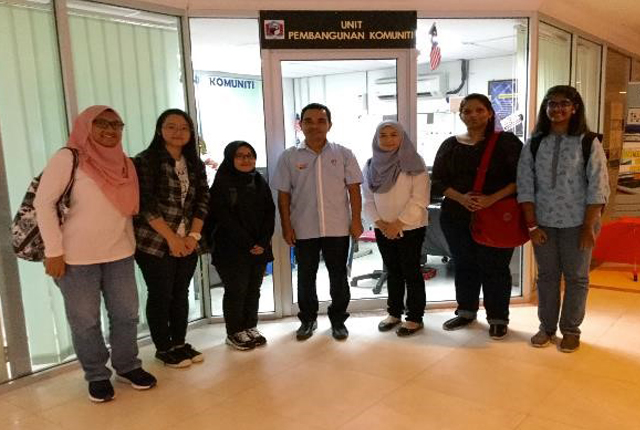 As all students of FIA semester three (3) were in Langkawi, the Centre of Foundation Studies took the opportunity to organise a pre-graduation dinner to appreciate and celebrate their journey in foundation level which will end very soon. The dinner took place at Merpati Hall, Langkasuka Hotel, Kuah Town, Langkawi on 7 January 2017 and was launched by the Director of Centre of Foundation Studies, Madam Noraidah Mohd Shariff. As a tradition, the certificates of excellence were presented to students who achieved good GPAs in their previous semesters. 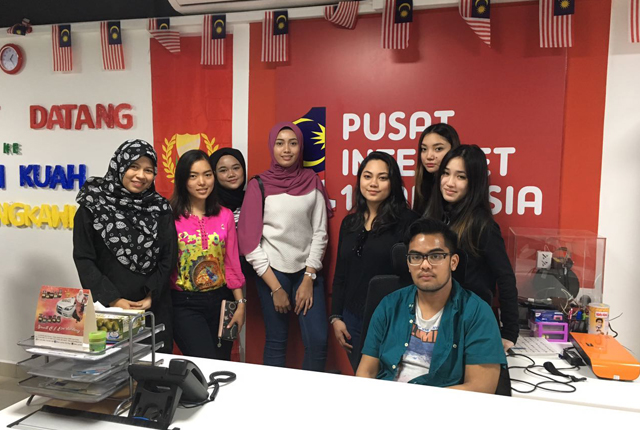 The closing of this visit was the final presentation about their research topic which was held in Auditorium of Langkawi Development Authority (LADA) on 9 January 2017. The presentation was also attended by representative from LADA and Langkawi District Youth Council. We believe this activity has helped students in developing their self-confidence as well as understanding the role of social context in Langkawi.