China is fast becoming a major competitor in the world, for its industries, economy and higher education.

The country, too, can be a cheap alternative to a world-class higher education as compared to countries such as the United States, Australia among others.

Read our guide below to find out if studying in China is for you. 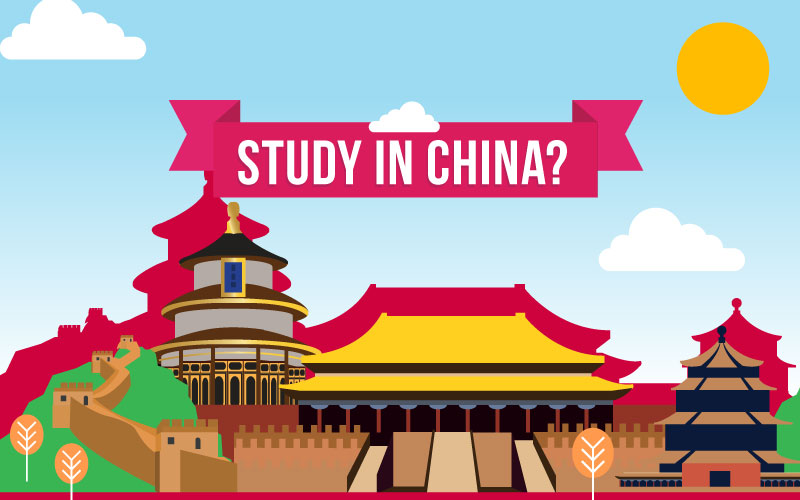 A Quick Intro to China 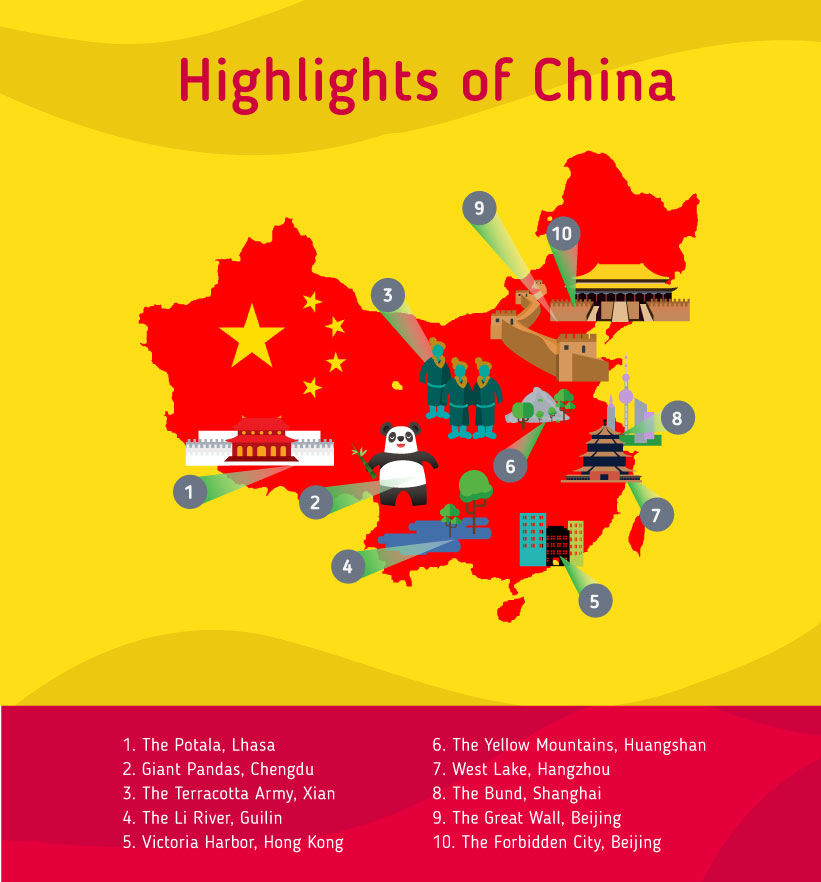 The figure 1.3 billion might be overwhelming for you in terms of a country’s population, but not for the fastest growing economy in the world – which China has been the last few decades.

From sophisticated urban cities to rural cities close to nature, you will be spoiled by these beautiful landscapes of hills, lakes, and wide-open fields.

Chinese culture too is, essentially, fascinating to immerse oneself in –  which would automatically be part of your student life if you choose to study in China.

Why Study in China? 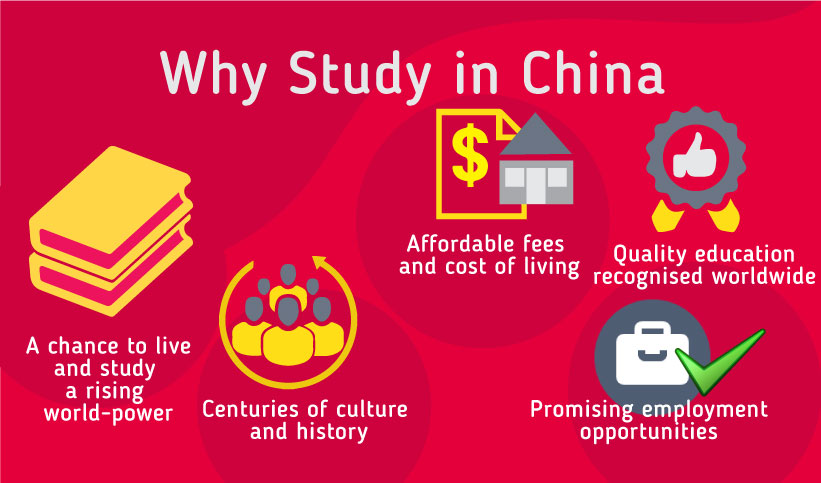 There are different reasons why you should study in China.

It is a great chance to study in the most populous country in the world. You will experience a mix of ancient and modern civilization within a country that has many different cultures and dialects.

As China exudes both tradition and modernity, its rich history extending further than 5,000 years, its seven UNESCO world heritage sites such as the Forbidden City, and its booming cities, like Shanghai, are some of the reasons why you should go.

As the second largest economy in the world, just one step down from the United States, only would working there be immensely rewarding, but studying in China would be so as well.

That is why many students worldwide choose to study in China for a chance to meet people from all over the world and expand their network!

Companies and leaders from various industries come to this part of the country and do their business in China, so it’s possible to meet one or them while you are in the country.

Also, China is very affordable; the cost of living and the tuition fees are much lower on an average, compared to other continents.

Plus, the Chinese government is investing immensely in education to get more international recognition. Thus, you will get a chance to get the top education at a price you can afford.

China has an over 2,000 higher education institutions all over the country, and some of Asia’s and the world’s top universities belong to China, such as Tsinghua University and Peking University in Beijing.

According to the Ministry of Education of China, in 2018, there were almost 500,000 international students in the country, and this is growing year by year.

The Chinese government plays a vital role in improving the education sector in the country. Over the years, it has been very active and encouraging in the development of the country’s higher education standing, both in quantity and quality.

With this mission, the government has poured large amounts of funding to certain universities to help improve facilities, build research centers, attract world-renowned scholars and faculties, among other developments.

A. Higher Education Institutions in China

The universities in China are either state-owned or non-government (private) institution:

Offer all levels of degrees (Bachelor, Master and PhD), but use both the theoretical framework and practical skills (applied science) during studies.

Includes the institutions focusing on:

Key projects have also been initiated by the Chinese government to raise the colleges and universities to world-class standards.

In the mid-1990s, the central government launched these two programmes – investing billions of dollars – to improve the quality and make the Chinese higher education competitive worldwide.

Did you know? The number 211 comes from the project’s slogan – For the 21st century, to manage 100 universities successfully (面向21世纪，办好100所高校) with 100 as the estimated number of participating universities.

B. Pathway to Studying in China

The length of your study depends on the path you wish to take. Here’s a basic duration of study in China 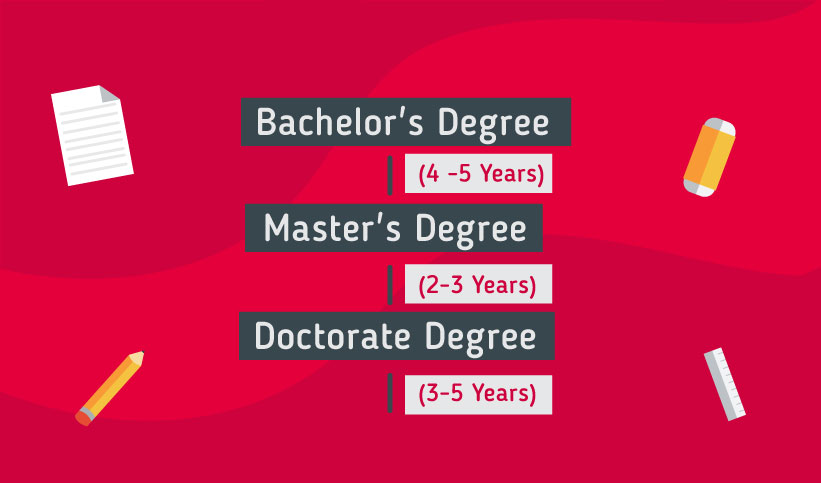 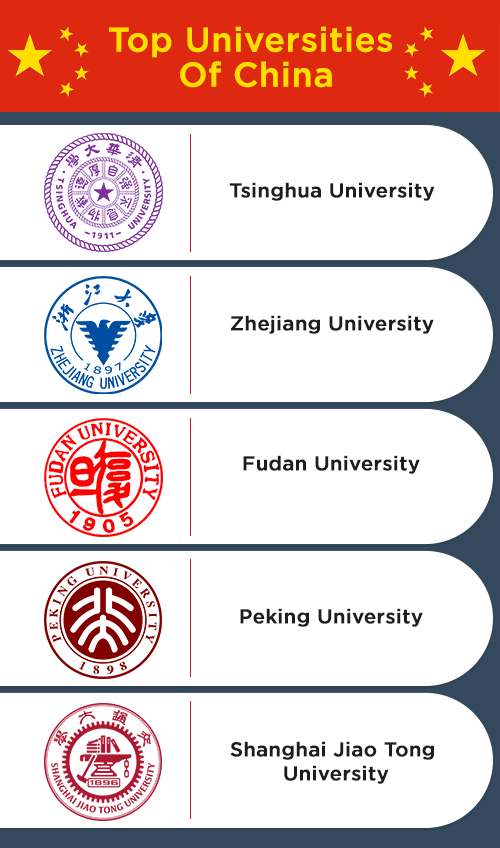 D. After Study Opportunities in China

When you decide to stay longer in the country because you want to continue your study, you can go to the embassy and apply for an extension of your study visa. Most of the time it will not be a problem, as long as you have a university declaration as proof.

But if you want to stay longer because you got a job offered, different rules apply. In this case, you need to apply for a work visa called Visa Z, and both the employer and you need to meet the conditions.

Check out the official Chinese government website for more information and the requirements for applying for a work visa, or any other visa that is not a student visa.

Applying to Study in China 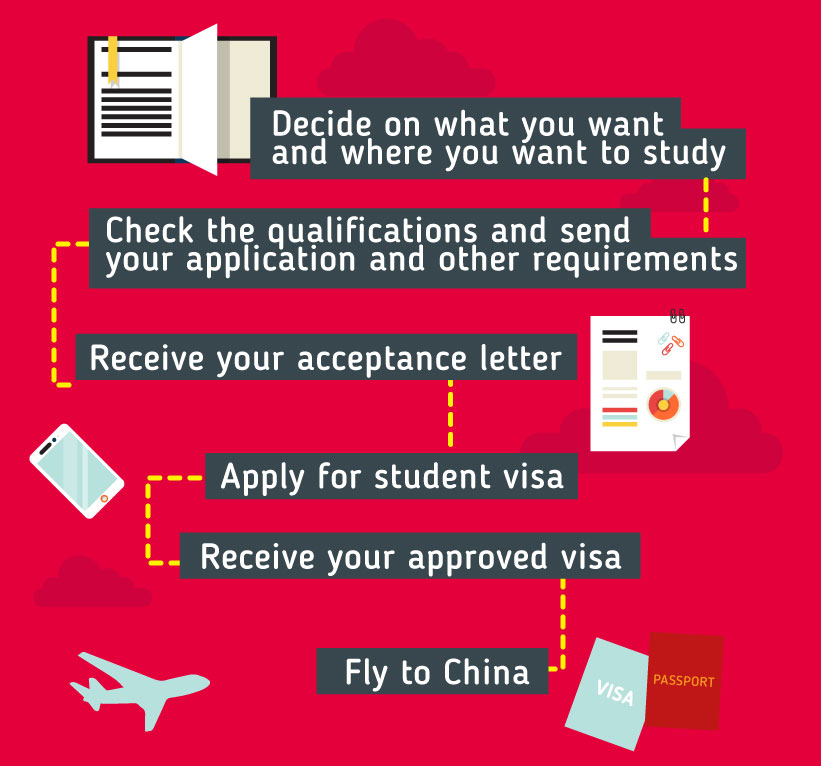 Many courses in China are taught in Mandarin instead of English--hence, if you are planning on pursuing a course in Mandarin, you are required to present a certificate of a passing grade in the Hanyu Shuiping Kaoshi (HSK) exam, between levels 3 to 8.

This certificate is usually obtained through a one to two-year intensive course learning Mandarin.

This would enable you not only to understand lectures but also communicate with the Chinese population in general for your comfort and convenience.

However, as most students would usually choose, if you plan on pursuing your degree in the English language you may not be required to learn Mandarin, although you may be asked to take and show proof of having passed an English language test, usually the IELTS or TOEFL.

But this differs per university; some are more flexible than others with regards to English sufficiency.

For China, once students receive their offer letter from the university of choice, a decision must be made of the type of visa the student is required to apply for.

After that, students must go to the China consulate or embassy in their country to apply for the visa, along with the following documents:

After the application and approval of your visa, you may leave for your studies in China. Once arrived, international students are required to pay a visit to the Health quarantine bureau to confirm their Physical Examination Record.

If a student is found to have failed it, they would be asked to go through it again in China.

While annual tuition fees can amount to USD 15,000 in several countries around the world, in China students can obtain a degree from a top 50 university paying a small annual fee of USD 1,500.

Universities in China Grouped by Subject

More about studying in China, below:

Nanjing University of Information and Technology