The United Nations (UN) has recently released their annual World Happiness Report. Out of the first 10, three of the countries are considered as the study destinations for international students.

Are you from the European Union (EU), European Economic Area (EEA) or Switzerland? Then you should travel to the world's happiest country Why? You may be eligible for free university tuition in Denmark. Need more reasons to go to Denmark? It is the second most peaceful country in the world according to the Global Peace Index, so you’re safe to go!

Ranked number 6 in the WHR, Canada has two of the most popular students’ cities in the world - Montreal and Toronto according to the QS University Rankings. Besides few internationally ranked universities, Canada also is also known for its lively culture and breathtaking natural environment.

With both Melbourne and Sydney taking the 2nd and 4th spot on the students’ most preferred cities worldwide respectively, there is no doubt that Australia is one of the world's most popular places for international students.  With a number of beautiful beaches and internationally recognized universities, Australia is just a paradise for sun, sand and academic success!

Here are the top 10 happiest countries in the world: 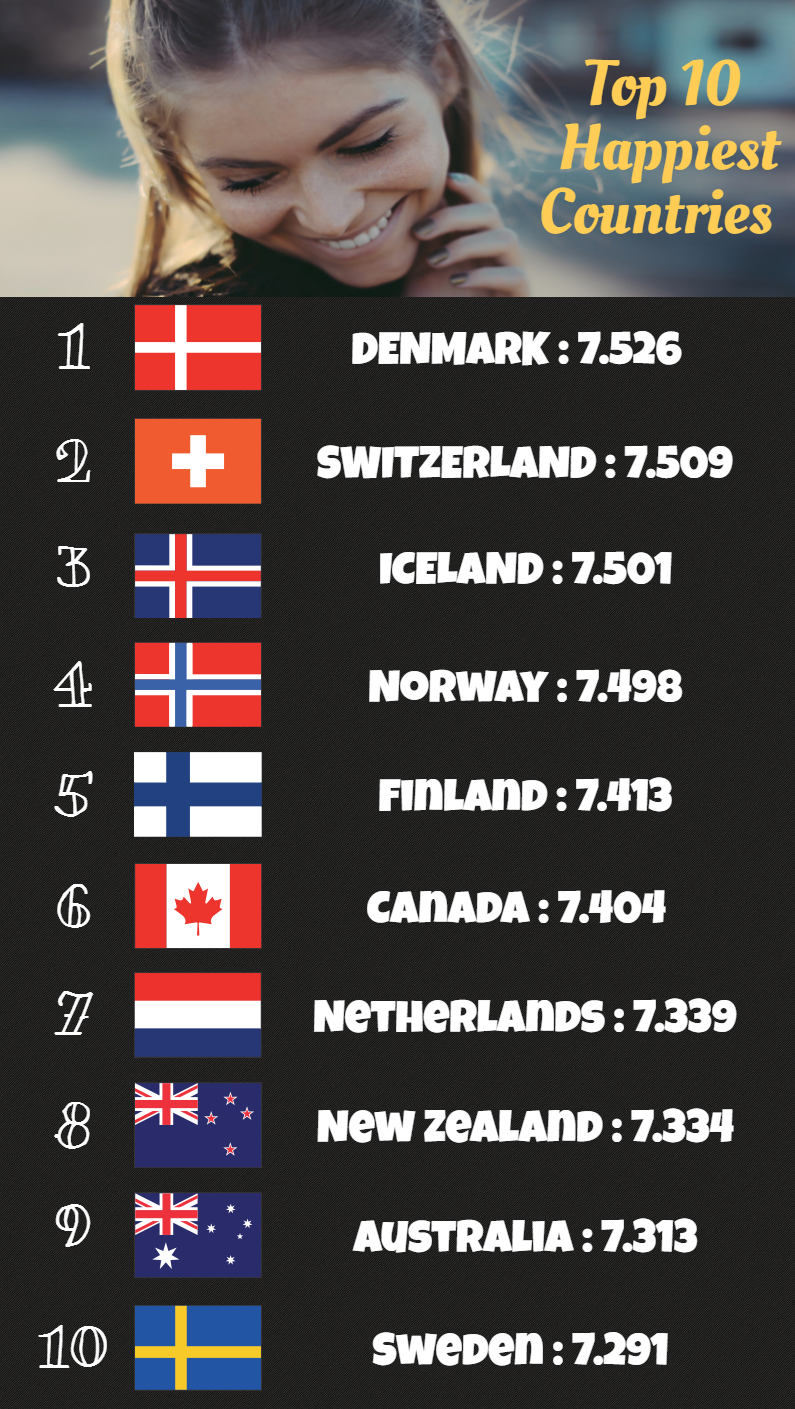 The results were based on the examination of six components namely, gross domestic product (GDP) per capita, healthy years of life expectancy, social support, trust, perceived freedom to make life decisions and generosity.