Institution saved to your shortlist.

The competition was organized by Gemilang Coachwork (GML) in conjunction with their 30 th Anniversary, to encourage more talents to be involved in the design of buses which forms an integral part of our daily lives in Malaysia and around the world. Gemilang Coachwork currently has a clientele from more than 10 markets worldwide, including Singapore, Australia, Hong Kong, China, India, Malaysia and more.

The theme of the competition was “City Bus”. Participants were required to produce a conceptual bus design. Judging criteria include both the interior and exterior aspects of the design, as well as the functionality, practicality and the safety of the design. Students were given 6 months to prepare for the research reports, sketches and final presentation sessions in which they put their design skills and practical knowledge into use.

Year 2 APU student of the BA (Hons) in Transport Design programme, Chandraguna Bandaralage Bertholameuz Dinidu Thejana Perera walked away as the Champion of the competition with his semi-electric concept bus design, which considered the aspects of sustainability while implementing the aspects of outstanding interior and exterior design.

Prizes were given at GML’s 30 th Anniversary Dinner. Prior to the occasion, both teams were brought on a tour around GML’s factory, enabling them to learn about the processes of bus manufacturing and production.

“Becoming a transport designer has been my passion, and it is my beautiful obsession. I feel delighted to achieve this award, after all the determination and sacrifice made. I believe nothing is impossible, hence I wish to achieve greater heights in my future," expressed Perera, as he celebrated his success with his mentors at GML’s 30th Anniversary Celebration Dinner. Both teams were mentored by Saifullizan Abdul Wahab and Christine Lim Pei Shin from the School of Media, Arts &amp; Design. Proud of the teams’ success, Lim said “Creativity is inventing, experimenting, growing, taking risks, breaking the rules, making mistakes and having fun! Congratulations to our winning teams who had successfully went through the process of being creative!” 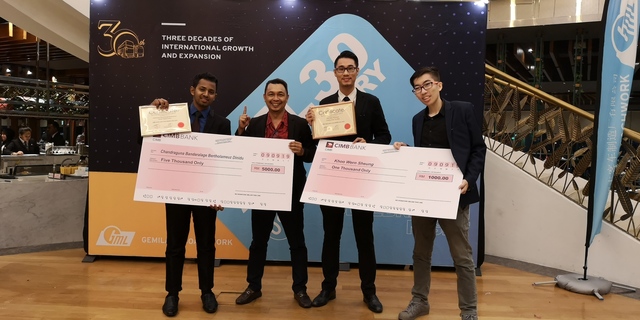 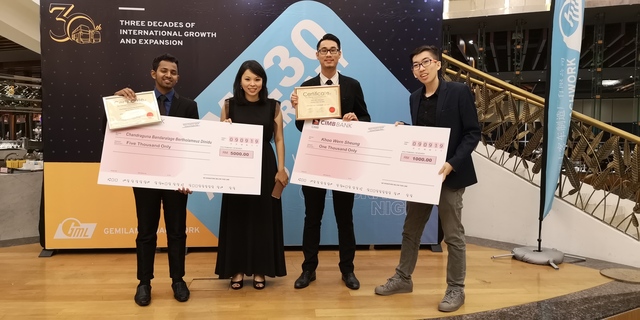 The Asia Pacific University of Technology & Innovation (APU) is amongst Malaysia’s Premier Private Universities. APU offers a wide range of degree programmes in Technology that aim to nurture students into professionals and prepare them for challenging careers and roles in business and society globally. The multi-cultural student community comprises 12,000 students from over 130 countries.  APU has earned an enviable reputation as an award-winning University through its achievements in winning a host of prestigious awards at national and international levels. It was announced as among the Highest Rated Universities in Malaysia, being rated at TIER 5 (EXCELLENT) under the SETARA 2011, 2013 and 2017 Ratings by the Ministry of Higher Education (MOHE) and Malaysian Qualifications Agency (MQA). Internationally, APU also achieved 5-Stars Ratings at the Quacquarelli Symonds (QS) in four categories – Teaching, Employability, Facilities and Inclusiveness.

Advertisement
Need help?
Get in touch!
WhatsApp
Get more info from us!
Contact now