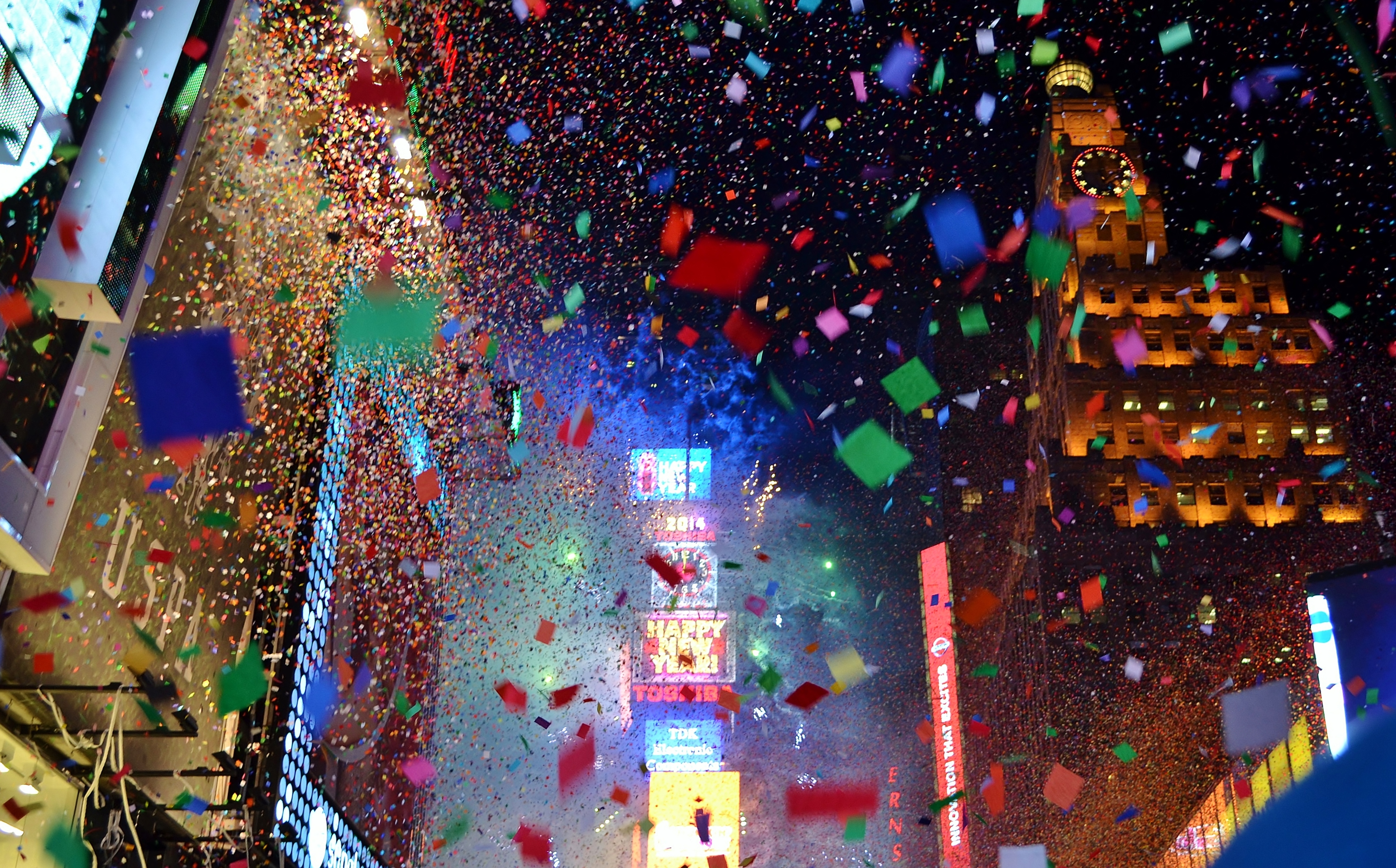 The most popular tradition is the 'ball drop' in Times Square, New York. Started in 1907, thousands of spectators flock to watch the ball as it makes its one-minute descent starting at 11.59pm.

Another famous tradition is the Hoppin' John – black-eyed peas and ham hocks, a famous dish from the south. People consider this food lucky, as an old saying goes, “Eat peas on New Year's day to have plenty of everything the rest of the year.” Some people believe that the greens represent paper money, while the black-eyed peas are coins and eating them will ensure a prosperous year . Americans also consider cakes and champagne very auspicious, thus they are must-haves on every table.

Brits also come together during the new year and watch fantastic fireworks from the London Eye, as Big Ben strikes 12. 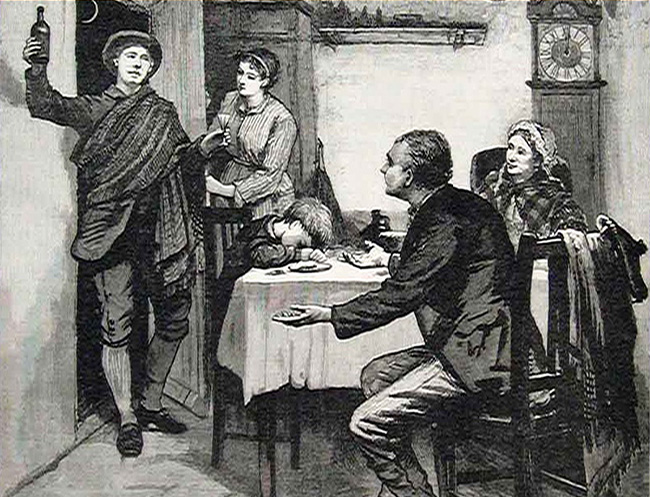 They also believe that their first guest, would bring fortune for the year – a tradition known as the 'First Footing'. However, there are specific requirements: male, tall, and good-looking. He should bring traditional gifts: loaf for the kitchen, a bottle of whiskey the head of the family, and coal to light the fire. They believe these items bring good luck to the household throughout the year. 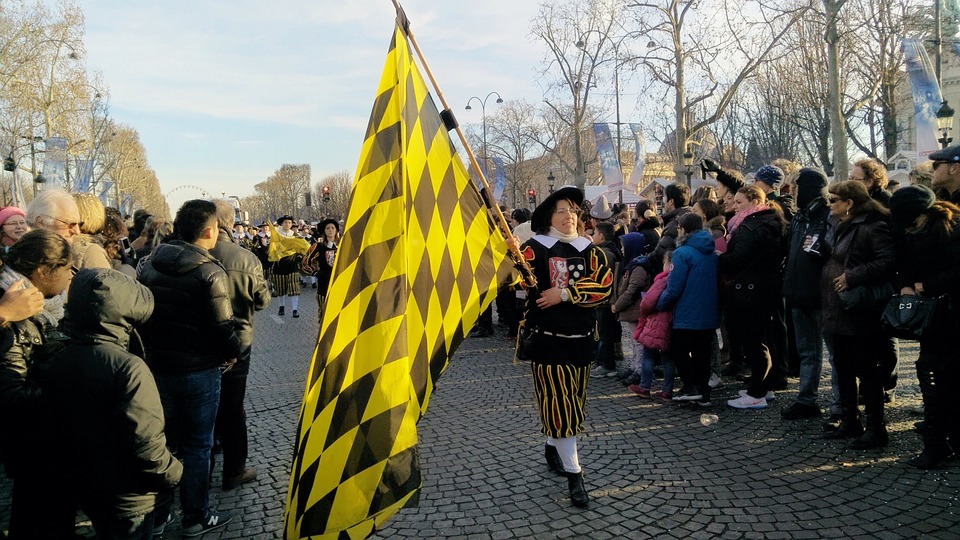 Le Jour de l’An as French calls this day, celebrates la Saint- Sylvestre, or réveillon la Saint-Sylvestre, the last day of the year and the feast day of St Sylvester. Tables must have goose or turkey, oysters, – with the addition of champagne as people believe this special dinner brings prosperity and good-luck to those who attend. Merry making lasts all-night, starting with an evening procession, so be sure to get your party shoes ready! 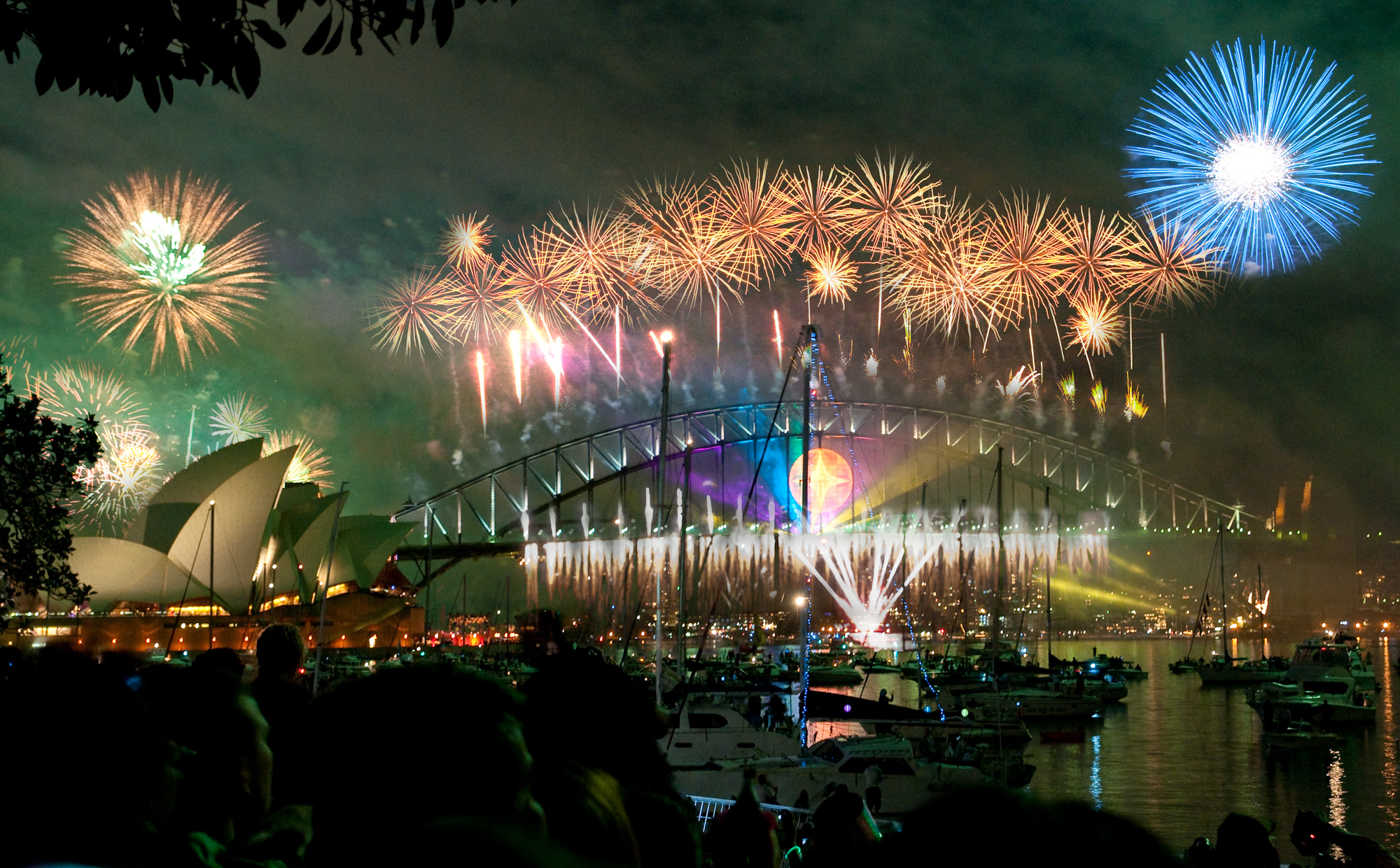 Being one of the first nations to welcome the new year, Australia celebrates this day with a bang starting with an impressive fireworks display known as The Midnight Fireworks by the Sydney Harbour Bridge which attracts 1.5-2 million spectators. The skyline sparkles in other happening venues such as Gloucester Park, a racecourse in central Perth, and Brisbane's Southbank.

It is also a tradition to go to church with their families. The church welcomes the New Year by ringing the bells twelve times on New Year’s Eve. Once the bells ring, families cheer and make noises using various objects such as whistles and rattles, and car horns. 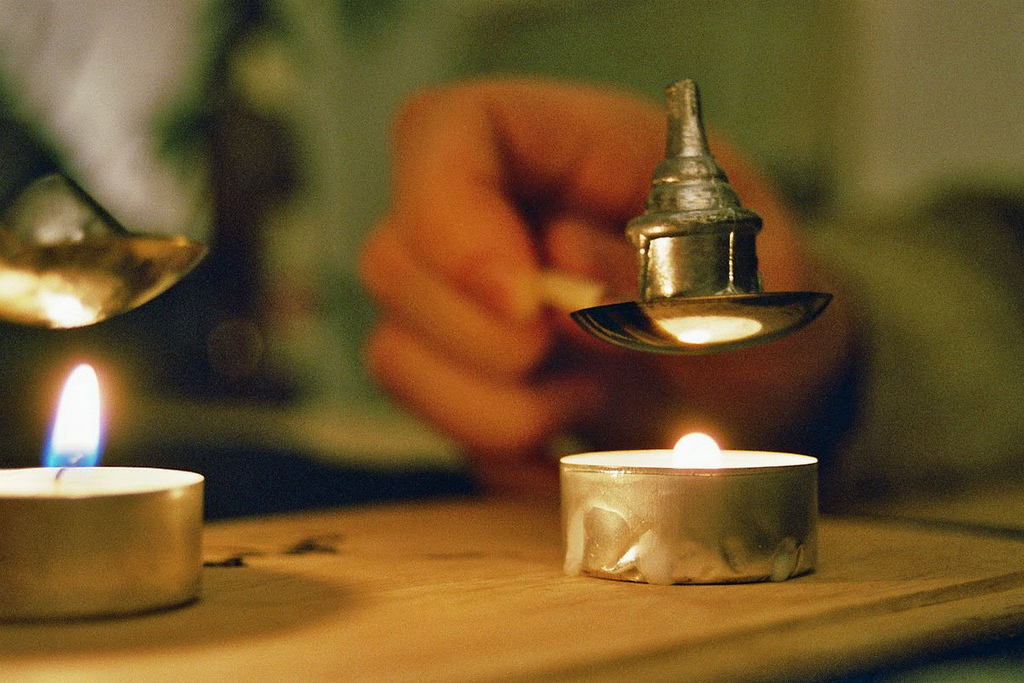 Aside from serving Jam-filled doughnuts (called Berliners) with and without liquor, a tiny marzipan pig is consumed for more good luck, and sharing Speckdicken - a dish that looks like a pancake with dark molasses, summer sausage, and bacon in the center, to their , Germans also do Bleigießen, which involves telling fortunes by the shapes made by molten lead dropped into cold water. The same tradition is also observed in Finland and Austria.

Russians end their year listening to the Kremlin clock bell ringing 12 times, followed by the national anthem. In addition, houses believe that when an unexpected male visitor arrives on 1 January, the year will be good. 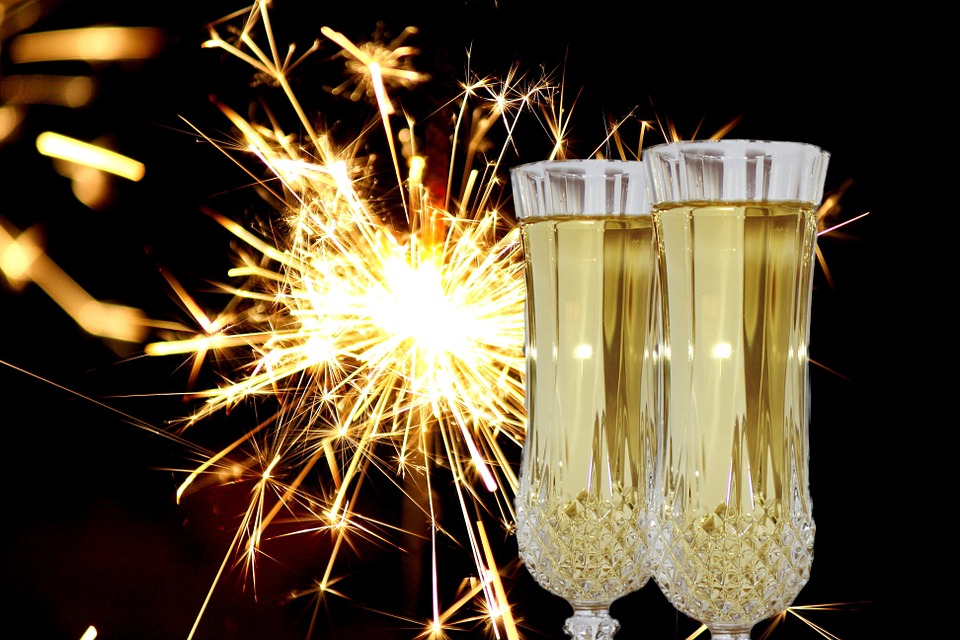 Another popular tradition is writing down a wish a piece of paper, then burn it and throw into a champagne glass. The challenge is to drink it before 12.01am. Cheers! 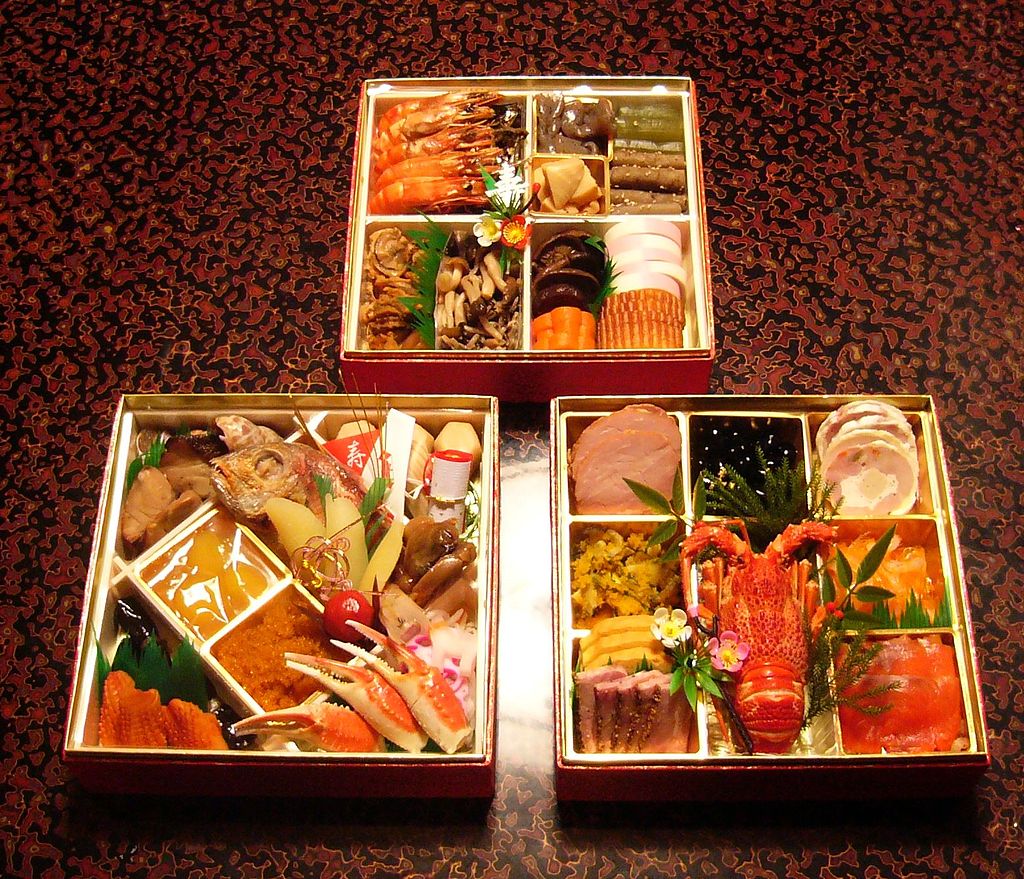 is an old Japanese New Year tradition kids receive a decorated  with an amount of the money depending on the age of the children. , decorative rice cakes are eaten during New Year celebrations, as well as Osechi-ryōri, traditional Japanese New Year foods packed in special boxes called jūbako, which resemble bentō boxes.

To ward off evil spirits and bring good fortune, Japanese practice Shimenawa when they hang the entrance of their homes. They also display a pair of Kadomatsu, a traditional Japanese decoration to welcome ancestral spirits. Meanwhile, Buddhists ring bells 108 times at midnight (Joya no Kane). They believe that ringing the bell wards evil spirits. 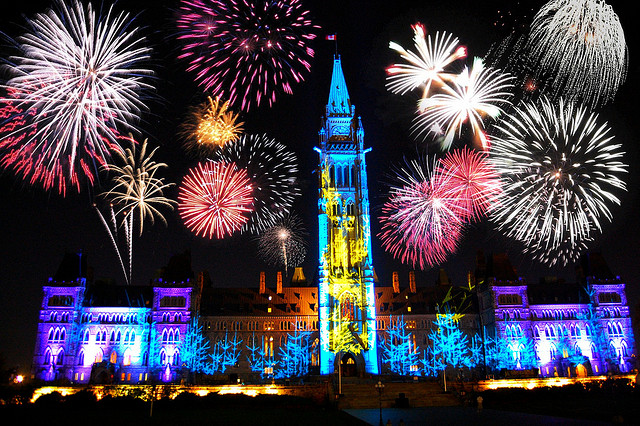 Aside from concerts, late-night partying, sporting events, and fireworks, Canadians celebrate the New Year with loud noise - clapping and roaring at midnight to sway away past evils and negative energy. Kissing in the midnight is also a tradition in Canada - a traditional way to show love and sending well   someone.

Following the Lunar Calendar, the Chinese Community celebrates their new year after 1 January. Also called as The Spring Festival, it is the grandest celebration for the community. Celebrated until the eve of the Lantern Festival (15th day of the first lunar calendar month), families gather together for grand reunion dinners. They also clean the house to 'sweep away' ill-fortune and make space for good luck. Windows and doors are decorated with red paper-cuts and couplets with symbols of peace, prosperity, and luck, matched with fancy lights. Fireworks also make the celebration as they believe that by doing this, they ward off evil spirits and negative energy. Children also get money ( see) in red envelopes. 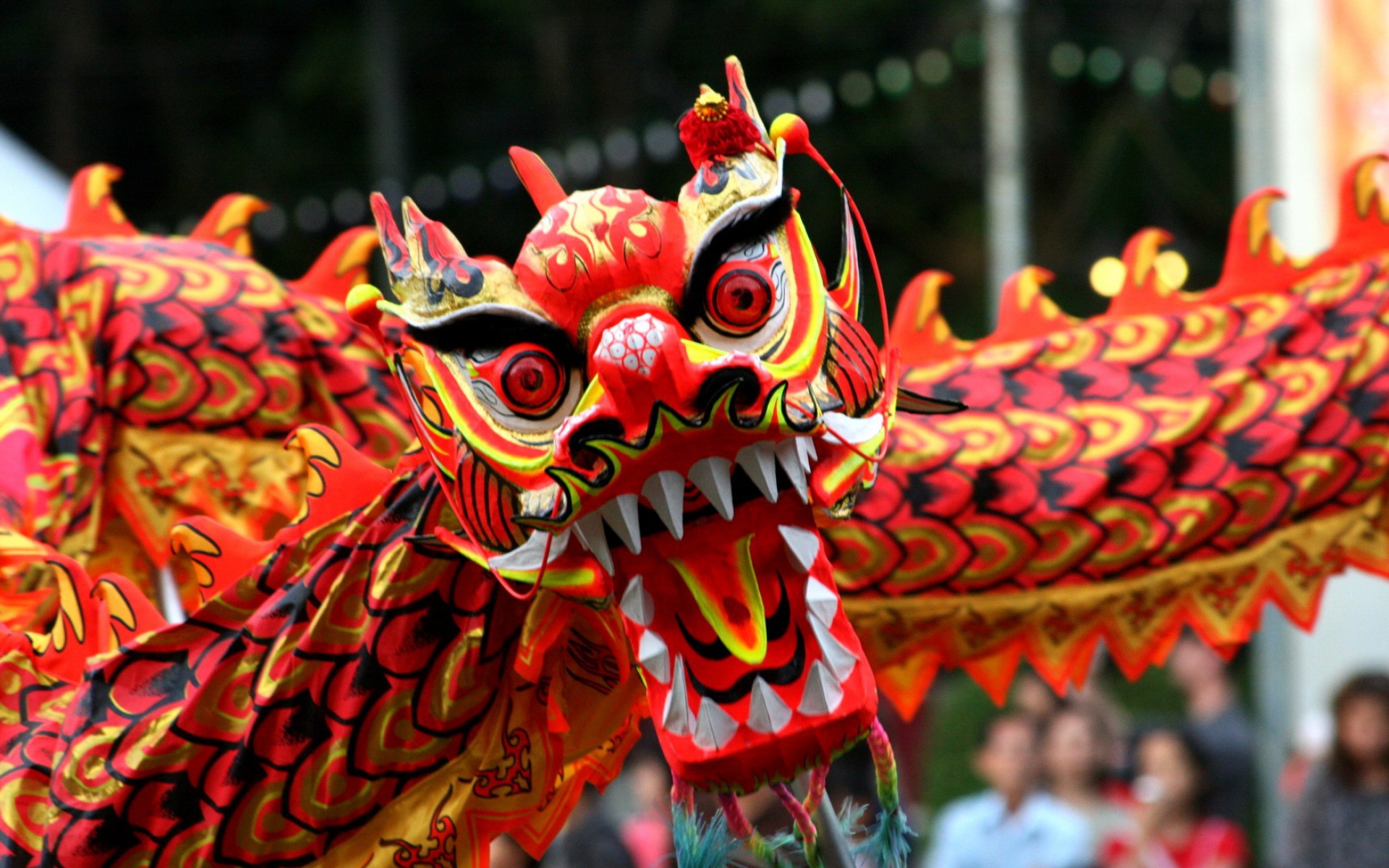 Dragon and lion dances are also common during this celebration as it also believed that the loud beats of the drum and cymbals, with the fierce faces of the dragon and the lion can shoo away bad spirits.

These traditions are also celebrated in countries with big Chinese communities such as Taiwan, Singapore, Thailand, Cambodia, Indonesia, Malaysia, Mauritiusand the Philippines, aside from mainland China, Hong Kong, and Macau. 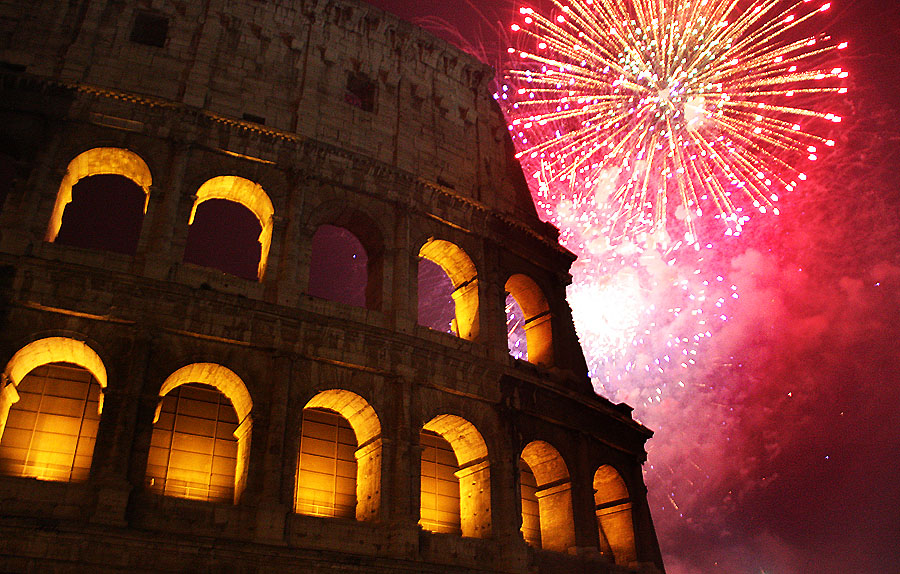 Italians observe  as wearing red underwear and throwing old or unused items out the window (no kidding!) during their new year's eve also known as Vigilia Capodanno or San Silvestro.

Dinner with family and friends include zampone or cotechino (a meal made with pig's trotters or entrails), and lentils. By midnight, fireworks mark the new year, with a spoonful of lentil (which represents gold or coins) stew is eaten every time the church bell rings.