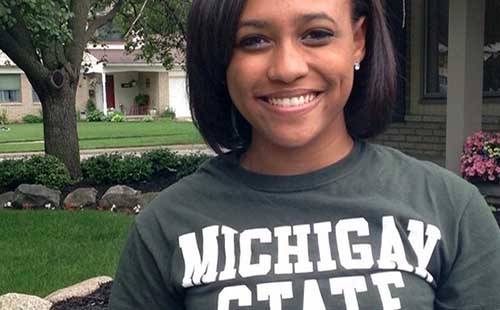 According to CNN, today’s middle class families are too wealthy to apply for student aid, but, with rising costs, also too poor to afford college. Stuck in this trap, it may be very difficult for families to afford to send students to their dream university, especially if they’re looking to study abroad. Aubrey’s parents, like many others just couldn’t afford to support her through university.

In an interview with BlackNews.com, she said, “It was a very sobering and emotional conversation when my parents told me that there was no money saved for college. That day, I made up my mind that it’s not too late to go after my dreams. I put full focus on winning scholarships.” It is very important to remember that your dreams can be within your reach if you keep trying.

Perseverance shows effort. Those of you who are dejected because you didn’t win the scholarship of your dreams should keep trying because there are other scholarships and other options. While she was applying to Michigan State University, Aubrey Perry also applied for over a hundred scholarships. Some are worth more than others, but it all adds up. If Aubrey had given up trying after a couple rejections, she would not have 14 scholarships helping her live her dreams. For next year, Aubrey plans on saving up over the summer through a good internship as well as applying again for more scholarships. This never-give-up attitude is the difference between people who achieve their dreams and those who don't.

This advice is relevant not just during the application process. Persevering in other situations is important. Putting in proper effort will show eventual results, or at least, leave a very good impression of you and benefit you in the future. On her blog, Aubrey writes, “I attended my first Career Fair which was fun and chaotic, but it taught me that even if companies aren’t looking to hire freshmen, they are still impressed I showed up.”

“I researched and applied to any and every scholarship I qualified for no matter how small–because it adds up.” Aubrey says that students should look at not only large, 4-year scholarships that’ll cover tuition and fees in one go, but also small scholarships. “My first scholarship I won was $75 and the largest I won was $5,000. Those scholarships for $25,000 a year are really hard to get because they’re the ones everyone hears about.”

All these scholarships can add up to a lot. Each small amount means that much less that you need to take out on a loan or from your parents. Instead of relying on a single scholarship to fund your education, combining a few will help you and your family finance your dream education. So, in the end, it is a numbers game. The more you apply for, the more you can get, the less you have to worry. 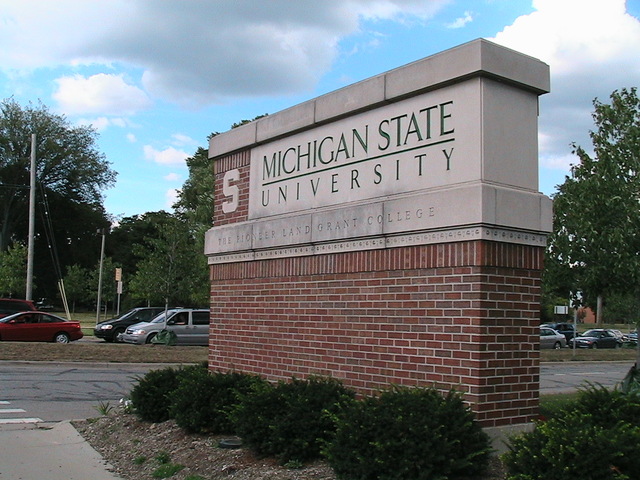 Don’t Skimp On The Effort

While we don’t recommend that every student apply to over a hundred scholarships, we do recommend applying to more than just one or two. This may be mentally taxing and feel like it requires too much effort, especially with all the concurrent university applications. But, it is crucial to put in all the energy you’ve got. This is an investment in your future, and the putting in your best effort rather than a substandard, basic attempt means that you’ll have a fighting chance at winning scholarships you qualify for. For her last scholarship, Perry says, “I had to submit a video about myself, interview an executive about the auto industry in Detroit and submit recommendation letters, transcripts and a resume. It was intense.” Intense is right! Attaining your dreams doesn't come easy, but it's worth the effort.

Understand That It May Not Be Enough

With all the effort, Aubrey won only about $17,000 in scholarships. This doesn't cover all of her tuition and housing costs, which, at Michigan State are around $22,450 a year. She had to take a student loan to cover the remainder of the costs for this year. Instead of being disheartened, she took it in stride and has a plan for next year, saying that she has "faith it'll all work out."

There's a very important lesson in that. You must understand that sometimes, all your efforts may not be enough. However, instead of being discouraged or saddened, you should keep applying even once you are enrolled in university. Your research should also include other financial aid options such as grants, special programs that are fully-funded, companies or countries who sponsor you in return for a bond, etc. Even if you can't sponsor 100% of your education through scholarships and aid, even partial scholarships might be able to lighten your future burden by taking a smaller loan today. So, keep looking and keep trying without losing hope.