Multimedia University (MMU) is one of Malaysia’s leading private universities, particularly in the area of digital and information, communication, and technology (ICT) since its establishment in June 1997. As a Government Linked University (GLU), MMU has produced more than 65,000 highly skilled graduates and currently has more than 13,000 students across its Melaka and Cyberjaya campuses with approximately 1,000 international students from 61 countries. MMU was granted the Self-Accreditation status and Premier Digital Tech University status from the Malaysian government, formally acknowledging that MMU is a trustworthy institution in providing high-quality education.

A Vibrant and Conducive Campus Life

MMU has two campuses which are in Cyberjaya and Melaka. The Cyberjaya Campus is located approximately half an hour from KLIA & Kuala Lumpur. The campus sprawling over 808,400 square meters in Malaysia’s global tech hub of Cyberjaya (approximately 200 acres); with 6 faculties and an academic centre.

For Melaka Campus, it is approximately 2 hours from Kuala Lumpur (southern Peninsular Malaysia), spread over 280,000 square meters in Malaysia’s historical City of the Straits of Malacca is a UNESCO World Heritage site in Malaysia (approximately 70 acres); with 4 faculties and an academic centre. 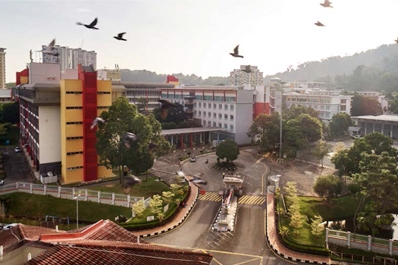 MMU also provides a vibrant and conducive campus life for the students to embrace the best learning experience and excellent service. MMU has many superb facilities such as intelligent and high-tech labs, digital libraries, set studio and post-production suite. The students may also experience over 100 local and international clubs and societies for their curriculum development. MMU also offered an extensive infrastructure such as campus-wide Wi-Fi, health clinics, mosques, 24-hour security, food & beverage outlets, and many more. A Comprehensive Sports Centre – track & field, indoor sports arena, gym as well as an Olympic-sized swimming pool also provided by MMU. 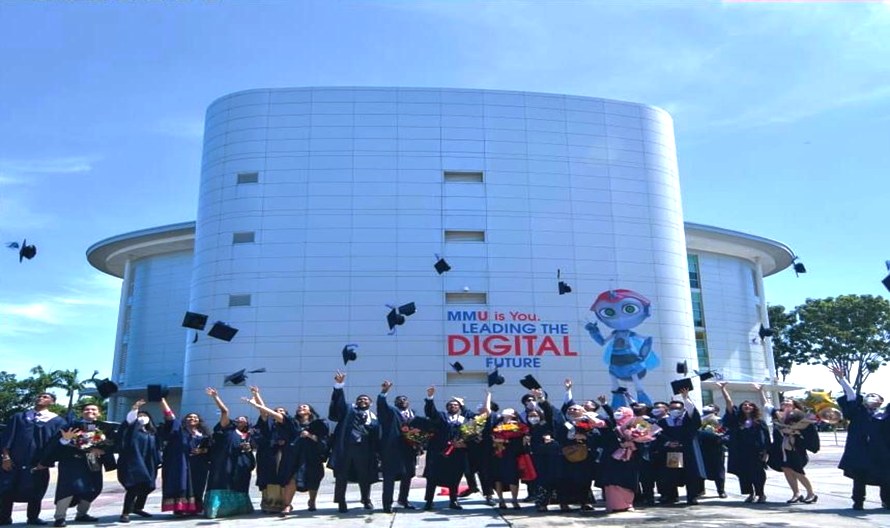 On average, 90 percent of MMU graduates are able to secure employment within six months of completing their studies. Among our notable alumni and industry player include Nizam Abdul Razak (creator of Upin Ipin, and Boboiboy), Usamah Zaid (Ejen Ali), Ghaz Abu Bakar (Director of Polis Evo) Dr. Kevin Koay (one of the scientists who discovered Black Hole) and many more.

MMU has sealed countless agreements, collaborations, and MoUs with the industry player, particularly in the field of research and development. To name a few, they are Huawei, IBM, Microsoft, ZTE, Intel, Nokia, Motorola, Asian International Arbitration Centre (AIAC) and Institute of Chartered Accountants in England and Wales (ICAEW), and many more

MMU, currently is officially recognised as one of the best places in the country to pursue computer and technology-related programmes. This is based on MDEC’s Malaysia Digital Talent Study 2017 Final Findings by Frost and Sullivan has revealed that MMU graduates are most preferred by IT industries in Malaysia.