(Financial Times, March 29th, 2015, By Della Bradshaw) In Confucian philosophy it is taken for granted that children will look after their parents. In 21st-century China, things are proving to be very different. With most adults working full time, plus the demographic issues resulting from the one-child policy, the country presents a fascinating case for those interested in the social and economic challenges of ageing populations, not to mention the business opportunities. 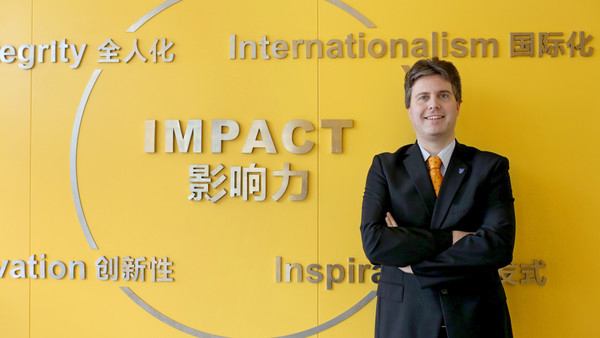 For just this reason Florian Kohlbacher moved to China in August after 11 years studying demographic change in Japan — almost 50 per cent of the population of Japan is aged 50 or older.

Now he is associate professor of marketing and innovation at the International Business School Suzhou, part of Xi’an Jiaotong-Liverpool University, where he will head up the Research Institute on Ageing and Society.

The business school will take the lead in the institute to focus on the business implications of population ageing, though at least 10 other departments, including public health, architecture and industrial design, will be involved.

With a population of 1.4bn, part of the issue in China is its scale, says Prof Kohlbacher, although the one-child policy has exaggerated the demographic trend. On top of this is China’s economic status. Japan was rich before the rise in its ageing population; China is not there yet. “The whole social system is not ready for this,” warns Prof Kohlbacher.

A Chinese government report published in September pointed out that 8 per cent of China’s consumption related to products and services for older people, a market worth Rmb4tn.

By 2050, according to the report, that proportion of gross domestic product will rise to a third.

“This is a real business opportunity,” says Prof Kohlbacher. “Though 2050 might be far away, this is something to work on immediately. But companies are not putting much thought into it.”

It is an attitude he finds hard to fathom. “Managers have problems converting these trends into specific applications. Management is about uncertainty, but demographics is one area where forecasting actually works.”

First there is the ageing workforce. In China women usually retire at 55 and men at 60, so companies are losing people with tremendous experience and knowledge.

Second, life expectancy in China is now 76, which means a healthy old age is increasingly achievable, which could lead to a tremendous demand for products and services for the “silver-hair market” as it is known in China, either through the adaptation of existing products or the development of new ones.

The travel industry is a prime example, says Prof Kohlbacher. “It was something they [older people] couldn’t do in their youth because China was cut off.”

Pharmaceuticals is another obvious market, as are care homes and nursing services. And in the west premium cars are popular with older people, says Prof Kohlbacher. What is more, in China, older people have money to spend. Traditionally they passed on wealth to their children and grandchildren, but the one-child policy has changed this and they are now thinking more about themselves.

“This means things are special in China. It can already serve as a laboratory for us to study an ageing society,” he says. He believes this research will become more significant in future. “A lot of things here have to be built from scratch, so it is a new approach.”

In the US, Boston College has an institute for ageing and work, while MIT Sloan has its AgeLab focusing on the labour market. But given the scale of the problem, rues Prof Kohlbacher, the levels of research are woeful.